Since our last dev blog post, we’ve been hard at work getting the FINAL BETA (say what?!) ready for our brand new vehicle combat game ‘Drive Buy’. Thanks to all the fantastic player feedback, that day is nearly here. Make a note in your calendar for the ‘get set, go’ mark on the 29th of January 2021, when we’ll be launching our beta. Don’t forget to subscribe to our newsletter and join our Discord for news and information on how to take part.

Absolutely tons of work has gone into Drive Buy since you last saw it! Even though we’ve been through QA for 90% of the features, we know we’ve still got a few things left we really want your feedback on. Here’s what to expect from the beta:

There have been a ton of visual improvements, from game assets to effects and even UI changes to tighten up the experience. Our main goal is to make sure you have as much visual fidelity as possible to manoeuvre yourself around the map, but also all the information you need to make your next strategic play in the game.

One area we knew needed refining was the tutorial level. Specifically, how we onboard new drivers into the game. To address this feedback, we’ve stripped back the tutorial altogether in favour of an immersive training level staffed by bots. This allows you to jump right into the game as QUICKLY AS POSSIBLE with a slick sandbox environment with handy on-screen tips.

Yep, you’ll be mastering the basics in no time – manoeuvring, grabbing parcels, making deliveries, and of course besting your rivals with new combat power-ups! The whole experience feels tighter and what’s even better, there’s hardly any jump from playing alone to real players – the process is exactly the same.

We’ve also added an exciting new finished map to Drive Buy. This map is called “Two Bridges” and splits players across two gameplay locations separated by a large river running through the centre. Additional maps named ‘Desert’ and ‘Tundra’ are in full testing mode – meaning you get to try them first before they make their way into the launch release.

So, whether you’ll be playing a classic delivery mode, or our new and improved ‘Pay Day’ and ‘Piggy Bank’ modes, we’re looking for the speediest drivers and most dedicated delivery people to push Drive Buy to it’s limits during this beta.

Aside from all the refining and fixing, a few things we’re particularly excited for are the challenges, events, and customisable content going into the beta. You’ll be able to take part in challenges to level up and unlock new content as you progress through the game. But be sure to pimp your ride and show off your favourite exhaust plumes, wheels and paints. But that’s not all! Drivers can now add badges and frames to further customise their profiles – we’ll be sporting our GLITCHERS colours during the beta for sure!

What are we trying to learn?

Finally, what are we trying to learn from the beta – Does it run well? Are the rewards and challenges paced well? Do our servers stand up to the heat? We want to know what makes the game the best for you, the players.

We are really excited to get you into the beta fast and we plan on opening the doors to our final beta at the end of January. To be in with a chance of taking part, make sure you have signed up to our newsletter before Thursday 28th 23:59 GMT, as we’ll start deploying the beta in waves to stress test the servers.

You’ll be racing against online rivals and competing for BuyCorp’s employee of the match very soon. Be sure to join in and take part in our community on Discord where we’ll be hosting regular discussions and opportunities to get into the game.

Finally, please share this insider knowledge with your friends on social media and invite them to sign-up for the beta too!

Until next time, drive safe recklessly and deliver the most parcels! 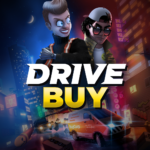 Drive Buy comes to Steam and Switch this Summer! 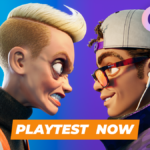 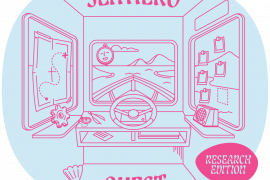