“Selling is good, buying is better. Buy more at BuyCorp.”

What does every evil megacorporation need? An ace team of delivery drivers to GET STUFF DONE. Let’s meet BuyCorp’s roster:

In Season One of Drive Buy, there’ll be six characters to unlock and play. Each character comes with their own customisable vehicle, a unique play style and handling, and of course a dramatic and probably heartbreaking backstory.

It all began when BuyCorp started to implement a new, dangerous brainwashing technology in the neon cityscapes of Drive Buy. Posters and billboards started to appear encouraging the VERY LOYAL customers of BuyCorp to BUY MORE STUFF. Keep an eye out and you’ll spot them around the game! Just don’t stare at them for too long… 😵

But with massive profit comes massive responsibility. With a surge of orders, the previously strict hiring policy at BuyCorp has been abandoned, which is where Season One’s two factions come into play.

The future of the Primos is under threat by the Burner’s massive success. But BuyCorp doesn’t care! Profit at ANY COST.

Alex was once a city trader in London’s financial district. When she discovered fraudulent activity on a global scale within her company, she had to speak up. But her retaliation sealed her fate, Alex was threatened, silenced and blacklisted from working in finance ever again.

The fallout of doing the right thing made her bitter and her career opportunities limited. She now drives for BuyCorp, one of the few companies that don’t ask questions about previous employment.

Seth is one of the originals, he has been driving with BuyCorp for years. He boasts about his old delivery records and embodies the corporate spirit enough to go unnoticed. I guess you could say, he keeps it simple.

After a hard night of driving, there’s nothing more than Seth likes to do than kick back. He smokes his herbal vape, threads beads onto necklaces and listens to dub reggae with the back doors of his delivery van wide open.

Kenny has some big boots to fill. Afterall, his father (Kenny Sr.) was the BuyCorp delivery driver of the year eight years in a row! That was until a freak delivery accident involving an avalanche of boxes and packing tape left Kenny to live up to the legacy.

He’s here to drive fast and get as many packages delivered as possible. The BuyCorp hall of fame? Well that’s just an added bonus!

Valentino misspent his youth around famous race car circuits, dreaming that one day he’d be behind the wheel himself.

One silly mistake, taking a job to be a getaway driver for a small fry robbery meant Val did jail time. Blacklisted by racing teams, his career as a racing driver was over before he even got started.

To Valentino, driving is everything, so in that spirit he got behind the wheel of the only company looking for drivers who didn’t ask any questions: BuyCorp.

Dr. Tomorrow was responsible for the powerful brainwashing signals in Buy Corp’s persuasive advertising. She became a scapegoat for the media and activists who protest the screens.

Dr. Tomorrow is laying low until it all blows over and until then, she’s a high-speed responder to BuyCorp orders, learning more about the effects of her work first hand.

Robotic workers were introduced as part of BuyCorp’s initiative to completely replace the human workforce. The project was scrapped when a number of units went rogue and endangered brainwashed customers.

Most units are now relegated to the shipping warehouses, but this mysterious unit, going by the name HUMDRUM, has been continuing to report for duty as a delivery driver. So far HUMDRUM has managed to slip under BuyCorp’s radar whilst blossoming into a unique personality, much loved by the other burners.

LET’S NOT FORGET THE CEO…

Jeff Sellmore is the BIG BOSS. Since every player in Drive Buy is an employee of BuyCorp, you’d better get to know him in more detail!

Inspired by other CEOs out there, we’ve added a dash of the Hunger Games and Max Headroom to create Jeff Sellmore. Although he’s not playable in Drive Buy Season One, he’s arguably one of the most important architects of the BuyCorp universe – it all started with Jeff selling books in a garage.

The CEO of BuyCorp has pushed the company to increase profits at the cost of all else. Tracking customer behaviours and encouraging them to buy more through targeted advertising was just not enough. Jeff demanded a technology solution that could persuade customers to buy more stuff regardless of whether they really wanted it or not. After years of research, BuyCorp have finally introduced brainwashing advertisements: a new way to guarantee the sales targets Jeff Sellmore has always dreamed about – 100% conversion rates. Ooooo wwwwweeeee.

Check out the filter below and search “Drive Buy” in SnapChat or Instagram to steal his special power. You too can don a pair of magical shades and BRAINWASH YOUR MATES to wishlist Drive Buy on steam. 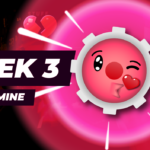 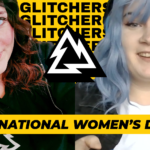 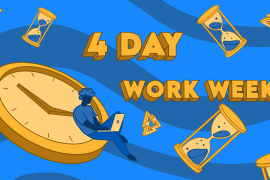 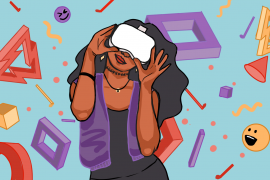 GET LOST IN THE METAVERSE 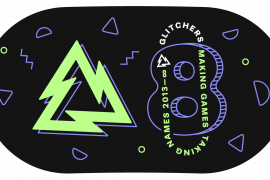