We’re big fans of TerraTech, so it was was amazing to have the team that created it playing Drive Buy. Because of some similarities between the games, the feedback felt extra relevant.

One of the biggest requests was to make sure there was always a clear objective and that it was clear where that objective was and when it began. Basically, put some big arrows pointing at stuff.

“The bots are too hard!”

This has been screamed by almost everyone who’s ever played Drive Buy, including Payload, so we’re making them more appropriately experienced. The work here is already underway and it’s already been a lot of fun seeing the bots do a whole bunch of new things.

So our Steam trailer is inappropriate and that’s a big deal. We’ve since re-written all our marketing copy and are looking to re-cut the steam trailer to highlight the lighter side of Drive Buy. Already it’s making the game feel more complete just knowing how to describe it better.

This is the kind of conversation you would only expect when game developers are discussing mechanics, but it’s gold dust. Rewriting the tricky magnet powerup to fire off the vehicle, attach and drag a player back whilst sucking coins is… hilarious and a perfect iteration.

“… a boost flame out of the exhaust.”

It’s not a secret that Drive Buy runs on boost. It’s uses are limitless in the world of delivery racing and a well timed boost can turn a game around. So we better let players know that it’s ready to use in a much more obvious way!

We are still torn by this one, but it’s worth a shot. Serving automatically would solve a lot of on-boarding headaches and we may keep the option for hardcore players or people who already love it, in the options.

Of course all this feedback, and more, has made it’s way into the Drive Buy development roadmap. We really enjoy visiting other studios and sharing experiences to make the industry and more vibrant place. Payload’s creation of The Tentacle Zone are perfect examples of that ethos.

The Tentacle Zone is for any team in the industry that needs space and a collaborative environment to work from – they can accommodate solo developers to teams of 20+ and also run event space on show floors, check them out!

Thanks to Nisha of The Tentacle Zone for helping set up this edition of the roadshow. Thanks to everyone at Payload Studios and Andrew from Spilt Milk Studios for their incredible feedback.

Until next time, you can add you own feedback to the Drive Buy #feedback Discord!

Part of the roadshow is bringing studio specific customisations to Drive Buy, we’re working with Payload to bring some awesome content to Drive Buy to celebrate their involvement in the roadshow.

You can also read about the other stops we’ve made on the roadshow: 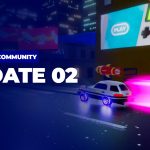 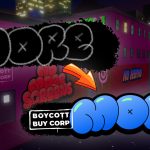 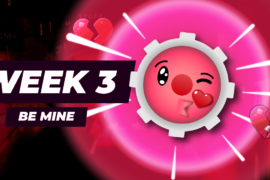